Outstanding MIB scientists elected as Fellows of the Royal Society 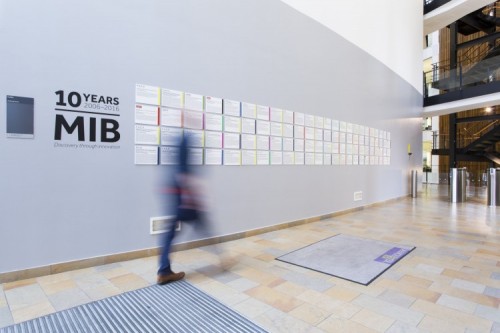 Two prominent biotechnology scientists from The University of Manchester have been confirmed as Royal Society Fellows among more than 60 of their peers across the world.

Professor Nigel Scrutton and Professor Nicholas Turner from the Manchester Institute of Biotechnology have been awarded the prestigious Fellowships thanks to their pioneering contributions to scientific discovery in the field of industrial biotechnology – one of the key research beacons for The University of Manchester.

The 51 new Fellows, 10 Foreign Members and one Honorary Fellow have been selected for their outstanding contributions to scientific understanding. With discoveries ranging from the first planets outside our solar system, to the creation of the world’s smallest molecular engine, new mathematical proofs and treatments for debilitating global disease.

The new Fellows embody the global nature of science, with representation from Sweden, Israel, Germany, Australia, Canada, UK-born scientists working in Europe and beyond, and researchers from around the world enriching Britain’s own research and innovation sector. Their ranks include six Nobel laureates, as well as internationally recognised leaders in industry and science policy.

Venki Ramakrishnan, President of the Royal Society, said: “At this time of global crisis, the importance of scientific thinking, and the medicines, technologies and insights it delivers, has never been clearer. Our Fellows and Foreign Members are central to the mission of the Royal Society, to use science for the benefit of humanity.

“While election to the Fellowship is a recognition of exceptional individual contributions to the sciences, it is also a network of expertise that can be drawn on to address issues of societal, and global significance. This year’s Fellows and Foreign Members have helped shape the 21st century through their work at the cutting-edge of fields from human genomics, to climate science and machine learning.

“It gives me great pleasure to celebrate these achievements, and those yet to come, and welcome them into the ranks of the Royal Society.”

Prof Nigel Scrutton, Director of UK Future Biomanufacturing Research Hub and SYNBIOCHEM Centre said: “I am very honoured to be elected a Fellow of the Royal Society. I am delighted that my work and that of my group past and present has been recognised by the Royal Society in this way. Science is a team effort – this recognition is also for the group and I thank them.”

“I am absolutely thrilled to be elected a Fellow of the Royal Society and delighted to have the opportunity to publicly thank all of the research students and postdoctoral coworkers in my group who together have enabled this achievement. Their contributions, both intellectual and experimental, have been outstanding.